Last weekend I did something I never thought I’d do: I attended a rally for Palestinian rights.

I’m not telling you anything new when I say that Zionism is the near-untouchable issue for American Jews. Only recently (as in, like, yesterday) did I notice the similarity to the taboos around being LGBTQ-affirming in evangelical Christian circles. I’ve always appreciated Judaism’s openness to debate, rational evidence, and new ideas. It seems out of character for our community to require hypocrisy and knowingly-not-knowing about any important issue.

Now, I am no longer a follower of any Bible-based religion. I was brought up “spiritual but not religious” yet with a clear cultural identity as a descendant of Jewish heritage. This included pride in our people’s intellectual and creative achievements, and vigilance about our minority status in America. My mothers were born in the 1940s. My maternal grandmother’s family (on my bio mother’s side) were first-generation immigrants from Poland who got out just in time. I grew up reading Holocaust stories and hearing about how President Roosevelt turned away a boat of Jewish refugees during World War II. My mother got me a passport as an infant “in case we have to flee to Israel”. The resurgence of neo-Nazism during the Trump administration would seem to bear out her fears.

I don’t remember why I started questioning the stories I’d been told about Israel-Palestine. It might have started with Palestinian-American writer Lisa Suhair Majaj’s essay “Journeys to Jerusalem”, which won our Winning Writers essay contest in 2016. It could have been something I read in the Interlink Publishing newsletter, a Northampton-based literary press run by Palestinian Michel Moushabeck. This year I ended up on the email list for the left-wing magazine Jewish Currents when I ordered their Bernie Sanders inauguration meme mug. I found a wealth of Jewish journalists and historians who made a compelling case for transforming Israel into a secular democracy where all religious and ethnic groups are equal. See the web version of their newsletter issue “Contextualizing the Crisis in Israel/Palestine” for a crash course in the history, and their page “A Guide to the Current Crisis” for background on the events of this past month.

That last sentence sounds obvious, doesn’t it? Isn’t that the American ideal?

Part of my problem is that I simply wasn’t aware what a “Jewish state” meant in practice. I was taught it meant: the one place that Jews could be secure, where we’d never be a persecuted minority. But a state designated as “for” one ethnic or religious group is likely to become a state that disadvantages every other group. The more I learned about the treatment of Palestinians as second-class citizens, the worse it seemed. I finally understood why the Black Lives Matter policy platform includes a pro-Palestine statement. The story I’d been told about the founding of Israel–a/k/a the Nakba, the great catastrophe that killed or displaced 700,000 Palestinians–sounded suspiciously like classic arguments for Europeans stealing land from Native Americans: we improved it, it was a desert, they were doing nothing with it until we came.

Thus I found myself last week holding a sign that said “Stop U.S. Aid to Apartheid Israel” or something like that. I felt queasy and shaky, standing outside my Congressman’s office in Northampton with some 50 other people, while passing cars honked appreciatively and an old fellow weaved across traffic yelling “Fuck Netanyahu!”

I am still wary about the rhetoric we use in support of Palestine, given that anti-Semitism remains a threat. It is tricky to avoid “Protocols of the Elders of Zion” territory when there is actually a powerful Jewish lobby and an international money machine that props up the Israeli government with U.S. cash and weapons. American evangelicals bear significant responsibility, too, for making U.S. foreign policy hawkish on Israel for apocalyptic reasons of their own. They’re happy to let Jews take the heat for Zionism, while they’re planning for our mass conversion or damnation.

I’m not telling this story for ally cookies. My point is that decolonization has a lot of stages and dimensions, and has to proceed by offering alternate solutions for the fears that drive ethnic supremacy. I’m less invested in whiteness than I am in Zionism because the latter speaks to my political vulnerability. I don’t need whiteness as much as some people, because I have money and education. I do need protection for the Jews. What’s changed is that I am facing the cost of Zionism and it seems too high–for all of us. The better answer is the same in Israel as in the diaspora: a multiethnic democracy with human rights for everyone. 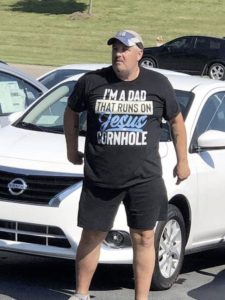 Several of my trans male and nonbinary acquaintances were mothers before they transitioned, and are now exploring alternative ways for their children to address them. I’ve started to introduce myself to new people as “Shane’s parent” but I haven’t asked him to call me anything different. On his own, my creative boy decided to call me “Mommy-Man”, or sometimes “Mommy-Sir”. He usually saves these titles for when he especially wants to please me (“Mommy-Sir, can I play Minecraft?”).

At 9 years old, puberty is on the horizon, Cthulhu help us all. My son seems to love his masculinity, and is playing around with flirty phrases he learns from YouTube (“Hey baybeee”). The Oedipus Complex is real. I feel like he needs and appreciates both my new dad-like qualities, playing ball in the backyard and admiring how thoroughly he can coat himself with mud at Wilderness Survival Camp, and my mom-like nurturing with food and snuggles.

As an adoptive parent who overcame institutional prejudices and personal sabotage (from my bio mom!) to have a baby, I feel attached to my hard-won title of “Mom” despite its misgendering connotations. Because I didn’t give birth to him, on some level I still worry about disrupting his attachment to me, undermining my legitimacy as his parent, if I give up my behavioral claim to motherhood.

I’m also a diva, honestly–I don’t want to share Father’s Day with Adam, I want my own day!

My gay friend and artistic mentor John Ollom, a choreographer in NYC, calls himself “Mother” and his artists’ community “The Haus of Ollom”, in the tradition of the Harlem ballroom houses depicted in the TV show “Pose”–a family-of-choice for queer refugees from bigoted homes, headed by a fiercely protective and nurturing elder. That is the kind of motherhood I can emulate as a trans mommy-man.

Mother Elektra Abundance is not taking any sass from you.

The good news? Biochemically speaking, you’re probably ok to put it in your butt. It’s not as acidic or salty in there, plus there’s a huuuuuge stockpile of gut microbes right upstream that can quickly repopulate the colon after spelunking is complete. However this stalactite is not flared at the base so it is the wrong shape for putting in your butt. Do not put this stalactite in your butt.

This all looks like fun and games, but I think it’s really interesting that the internet’s mistake in concluding that this stalactite is fuckable is very similar to the mistake made by the Flint water management system. Hear me out.

Similarly, in concluding that the stalactite is fuckable, the internet only considered the stalactite itself. Not the biochemical processes that would happen to it as it, welp, went through the pipes.

Media frequently reports that the Flint River’s water is “corrosive,” leading many to believe the river is full of industrial waste. This ain’t the case. You’d need industry to fill a river with industrial waste, and industry left decades ago. That’s why Flint’s so poor. So what IS in the water? Road salt. Plain old stupid road salt. The old Detroit-based source didn’t have salt because it came from Lake Huron which has a large, mostly rural watershed. Meanwhile the Flint River runs through a lot of towns, making it slightly salty as everything melts down in spring. And as we recall from the stalactite experience, a little salt is all it takes to get metals to dissolve…

Morals of the story: when dealing with a biological system pls consider asking a biologist, your vagina and/or city could depend on this.

If you’re not already in awe of pussy power, check out Vice’s list of “Vagina Dentata Myths from Around the World”. For example, a Russian folktale tells of:

…a beautiful young woman who is married off to a gross, old man. In order to avoid having sex with the guy, the young bride puts a fish head in her vagina so its teeth will cut him every time he tries. The husband is traumatized, she “calls him a fool for not knowing that young girls’ vaginas usually have teeth,” and she lives the rest of her life without having sex with him.

The blog When You Work at A Museum… recounted an incident in 2016 where a “Christian school” teacher asked for her high school students’ tour to avoid any artwork with sex, violence, or “pieces that glory in immorality”. As the blogger noted, that leaves out the vast majority of museum holdings:

Obviously anything with nudity is out. That shuts down much of the sculpture wing and the NeoClassical, Rococo, and Mannerist collection, which ironically includes many of the Christian paintings.

Could we show them the armor or weaponry collection? Probably not, since links directly to graphic violence.

What about a mural depicting slavery? That’s unquestionably immoral.

Last night I attended an enjoyable online reading by Callum Angus from his new story collection A Natural History of Transition. He read a magical-realist piece titled “Rock Jenny” about a young woman who transitions from boy, to girl, to mountain, and beyond. It made me feel momentarily liberated from the pressure to choose a binary gender expression that would be legible to the mainstream. London-based DJ and performance artist Dahc Dermur VIII expresses a similar attitude in his “Extreme Beauty Routine” video for Vogue Magazine, demonstrating how he creates his over-the-top Goth couture looks. In his vestment-inspired, operatic gowns, Dahc has reclaimed the flamboyant majesty of the Christianity that once oppressed him.

At Jewish Currents, Jules Gill-Peterson, author of Histories of the Transgender Child, contends that “The Anti-Trans Lobby’s Real Agenda” is to redefine citizenship in cis-het white Christian terms.

Since at least the antebellum period, as historians have detailed, the racial innocence invested in the figure of the white child has served as an anchor of proper American political feeling. Statecraft and governance often invoke the hypothetical child’s welfare and protection as a justification for dismissing real people’s political demands. The politics of “protecting” the innocent white child have rationalized the disposability of entire populations, like immigrants, the descendants of enslaved people, criminals, people with disabilities, and so-called deviants. Today we are witnessing trans children’s addition to this list.

Meanwhile, in Current Affairs, journalist Noah Berlatsky (whose teenage daughter recently came out as trans) wonders “Why the Panic Over Trans Kids?” He debunks pseudo-scientific studies about “Rapid Onset Gender Dysphoria” and “trans trenders” as the skewed perspectives of parents who can’t accept that their children have independent private lives. Moreover, even if peer influence and the greater visibility of trans discourse online helped some kids latch onto this identity, why is that a problem? “If we had a study showing that kids are more likely to want to be poets if they’re friends with other kids who consider themselves poets, that wouldn’t make love of poetry a dangerous plague. Even if our gender identities are affected by those around us, or the media we take in, unless you are transphobic—i.e. you think it’s bad to be trans—then [so what]?” 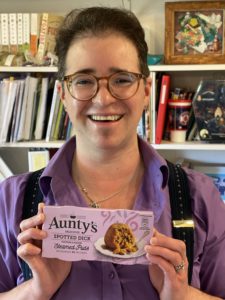