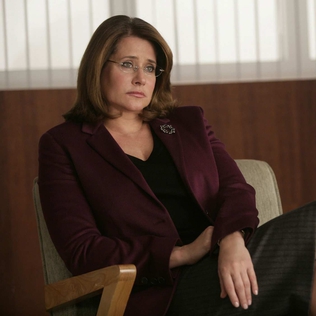 Another year around the Block. I definitely don’t take that for granted. It’s one thing to know intellectually that life is short and unpredictable, entirely another thing to feel that urgency as one wakes up every day in a country under threat from fascism and disease. What am I waiting for?

High Spirits: I tried marijuana edibles for the first time in November. It was pleasant to feel my brain slow down for about 5 hours. No time to do it again till February, I imagine. I really need to readjust my work-life balance.

Salem’s Lot: Studying witchcraft this year has brought me great satisfaction, mind-body integration, and optimism. ICYMI, I blogged about it earlier this month. My first year of training will wrap up in March 2022. Time to start selecting my magickal name, which may coincide with applying for a new passport and driver’s license with a male gender marker. (My desire for gender affirmation conflicts with my basic laziness regarding paperwork and my Ron-Swanson-esque opinion that my gender is none of the government’s business anyway.)

Personal Soundtrack: Remember that week in January when everyone was singing sea shanties on TikTok? I got hooked on The Longest Johns, and particularly their song “Bones in the Ocean”, a poignant ode to survivor guilt that seemed extra meaningful as America’s COVID death toll reached 800,000. The Young Master independently discovered this song at summer camp and now we listen to shanties together on Spotify. His fourth-grade music teacher also introduced him to 2Cellos, an energetic pair of HOT guys who play pop tunes in a classical style. And I still can’t get enough of that German Karneval music.

Bookbag: Some of the extremely homosexual books I enjoyed this year were Aden Polydoros’ Jewish paranormal mystery The City Beautiful, Brandon Taylor’s literary short fiction collection Filthy Animals, and the poetry collections Mutiny by Phillip B. Williams and The Malevolent Volume by Justin Phillip Reed. I’d been meaning to read Glen David Gold’s historical novel about vaudeville magicians, Carter Beats the Devil, for almost 20 years, and it was all I hoped for and more. Julie Murphy’s queer YA romance Pumpkin gave me the courage to sign up for a transgender runway show next month. Pictures forthcoming!

The Writing Life: I finished a major revision of my novel Origin Story with guidance from the peerless editor/sensitivity reader Denne Michele Norris, co-host of Food 4 Thot Podcast and the new editor-in-chief of Electric Lit.

Once again, I took part in the 30 Poems in November fundraiser for the Center for New Americans, while binge-watching “The Sopranos” on HBO’s streaming service. The conjunction of those two pastimes generated The Waste-Management Land, a poetry chapbook manuscript in need of a good home.

My third full-length poetry collection, Made Man, comes out in February from Little Red Tree and is now available to pre-order. Cover art and interior illustrations by Tom W. Taylor a/k/a The Poet Spiel. This book explores female-to-male transition and gay masculine identity through the voices of unusual objects and fictional characters. Enjoy the opening poem, first published in Crosswinds Poetry Journal.

Under my roof, cathedrals of piped
icing breathe out the sacred stale
sweetness of cream and cardboard
white as a right-hand man’s
final satin bed.
Under my roof we pay our respects.
The family is a thin shelter, soon wet.
If you don’t believe me, open
and see the red smash where tiered berries kissed
the jostled lid. No shifting
the ingredients. No loose knots in the string.
Under my roof I’ll thank you
not to take knives in vain.
Remember him who was lifted
from the river, from the box he was sealed in.
The snapped wafer laid on your tongue like a secret
recipe. Religion‘s root means to tie
string round the wrists, the trash
bag sinking, the harbor’s surface restored.
Under my roof the family’s bound
to gasp, glorying in the sugared name
I display to be sliced after the blown-out wish.
Take the cannoli, broken for you. 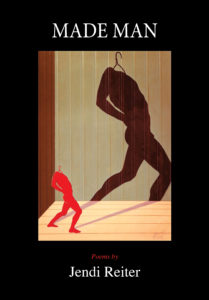