A member of our local Buddhist meditation center shared this wonderful poem at the center’s winter solstice party. I wrote to Stephen Philbrick, who lives nearby in Cummington, and he’s kindly given me permission to reprint it below.

It comes in a shiver sometimes,
Sometimes in a winter windowpane
Wild with the unseeable frozen there:
The shapes above clouds,
The score of wind and the words, too;
The plot of waves and the brain that
lays and abandons them:
Don’t try so hard.

Sometimes it falls,
A flake at a time,
Into your life when you’re asleep.
Sometimes it comes as a winter blankness,
Waiting for storm, or ice, or thaw,
or even wind.
And then the air by itself groans
And the trees speak out of themselves;
The swamp shudders and the woods come to.
Sometimes it comes when you least expect it;
And sometimes it doesn’t.
Quiet, still, no voice (not even small),
No whirlwind, no reply, no burning.
Just a bare winter bush.

The space between stars,
Where noise goes to die;
And the space between atoms,
Where the charges thin out:
These are places, too.
The moment in the movement of the soul
When it all seems to stop, seized up.
This is true, too. Ice is, also. And dormancy.
I don’t mean the stirring of seeds beneath
the snow,
But the place between and the moment
before.
And I don’t mean a lightning bolt,
But what it passes through.
I don’t mean a dream, but dumb sleep.
After the end and before the beginning
Is time, too.
Let it alone, don’t try so hard.
This is God, too,
All of you is.

****
Stephen Philbrick has been the minister of the
West Cummington Church for the past 15 years. Before this he raised
sheep in Cummington for many years. His books include: No Goodbye (The Smith); Up To The Elbow (Adastra Press); THREE (Adastra Press, 2003); and Backyard Lumberjack (Storey Publishing, 2006) a prose collection co-authored with his son, Frank. 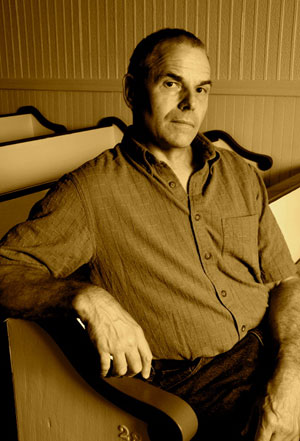