It’s been awhile since I shared a picture of His Supreme Cuteness, so I’ll introduce this parenting post with Shane modeling his summer haircut: 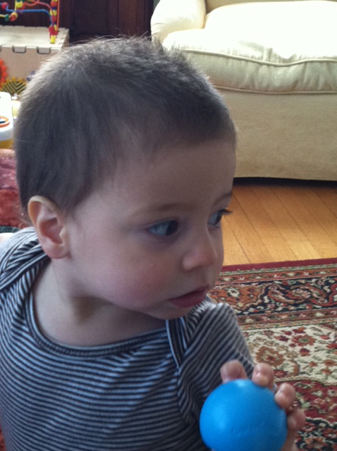 Today I want to talk about a strange trend among parents in our crunchy-progressive middle-class demographic (what we used to call Bobos in the 1990s): the belief that “No” is a dirty word.

“I never said no to my kids,” one acquaintance advised me, as her prescription for avoiding the “terrible twos”. Another friend noticed me gently steering the Young Master away from baby-unsafe objects (“Uh-oh, the table lamp is not a toy”), and favorably contrasted that method to her other friends who don’t feel comfortable declaring any property off-limits to a toddler.

This meme is widespread enough that it was satirized last year on my favorite sitcom, “Modern Family“. Cameron and Mitchell are a gay couple raising their adopted daughter, Lily, who has become a spoiled little princess. Claire, Mitchell’s sister, is a well-meaning control freak, i.e. just like me. From ABC’s website: “Claire wants to discipline Lily for repeatedly flicking the light switches on and off in her house. Cameron says they are trying an approach where they don’t say ‘no’ to their child. This leads to an argument about parenting methods. Claire believes her point will be made once Lily flips the garbage disposal switch while Cam has his hand caught down the drain. She has a big laugh once Lily makes her move, as it’s only a light switch that’s flipped.”

I could cite various child-development studies about how kids need structure and limits to learn good behavior, but I think Claire has the disciplinary angle covered. Instead, let’s consider another danger of No-phobia: stunting your child’s ability to protect his own boundaries.

When adults are afraid to say “No”, they are modeling unsafe behavior for their child. They are implicitly teaching him that “No” is a weapon that inflicts permanent damage on the hearer, and that a good person will avoid causing that kind of pain, whatever precious things of their own they have to sacrifice in the process. That’s a recipe for codependence.

Whether they say the word or not, parents have physical veto power over the child and he knows it. Thus, going to great lengths to avoid the appearance of authority only turns an honest conflict into a dishonest one. The child learns it’s not okay to express negative feelings about something that affects him, because the parents aren’t okay with their own feelings. They’re modeling a passive-aggressive way of working around an interpersonal problem.

Children need to be able to signal “No” from an early age in order to feel safe in their bodies, whether it’s by squirming away from an uncomfortable touch or pushing aside food that doesn’t agree with them. Our job as parents is to use our “No” power judiciously, saving it for the most important house rules, and allowing as much flexibility as possible for the child’s safe exploration and mastery of his environment.

What are the “terrible twos” but the child’s experimentation with his own “No”? He’s looking to us to teach him how to set limits skillfully. (“If you don’t want the beef bourguignon, darling, please push it to the side of your tray instead of throwing it on the floor.”)

So bring it on, Bunky. Just let me encase all the furniture in bubble wrap first… 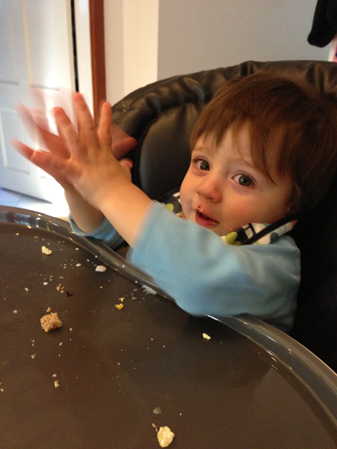 3 comments on “Giving Children the Gift of “No””