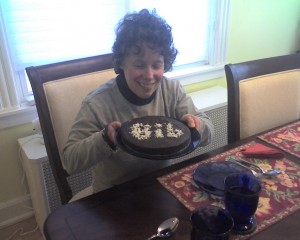 I blog often enough about how my childhood with my bio mom resembled Disney’s “Tangled”. Today I want to celebrate someone who makes Mother’s Day a joyful occasion for me, despite the painful memories we share (or perhaps because we can share them): my mom-of-choice, Roberta “Bib” Pato. 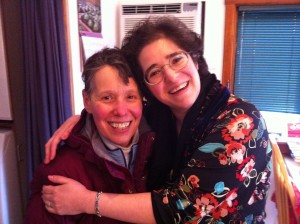 (Roberta and I celebrate her freedom from 34 years with my bio mom, February 2011.)

Bib moved in with my bio mom and me when I was about 5. I wasn’t allowed to call her my other mother, though she certainly was. We were closeted, albeit not very convincingly, and my bio mom approached motherhood with a “no other gods before me” attitude. So she was my “babysitter” in public, and my “dad” when we affectionately joked around in private.

She taught me how to cook by having me chop vegetables and read aloud recipes from Craig Claiborne and Pierre Franey’s 60-Minute Gourmet. Mmm, chicken with shallots and asparagus! She drove me to school in a succession of clunky American-made station wagons, and then in the little red Toyota that served us faithfully for 14 years till I totaled it as a student driver. She was a beloved teacher in the NYC public elementary schools for 30 years, from Lower East Side ghetto schools where the children came from homeless shelters, to the Upper West Side, where she faced down a system that assigned children of color to the classrooms that were perceived as less desirable. 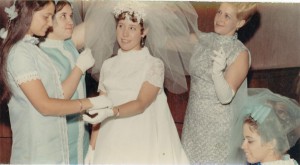 (Roberta’s wedding to her now ex-husband, 1968, with her mom Bea at right. She makes a cute femme, but it didn’t stick.)

Since starting her new life in 2011, she’s become the center of social life in her apartment building, co-founding a tenants’ association and making many friends who are film professors, religious scholars, writers, and more. They know they can knock on her door at any time of night for a slice of cake and a binge viewing of lesbian soap operas on YouTube. She’s amassed what is probably the largest collection of lesbian films in Northampton, which is really saying something. 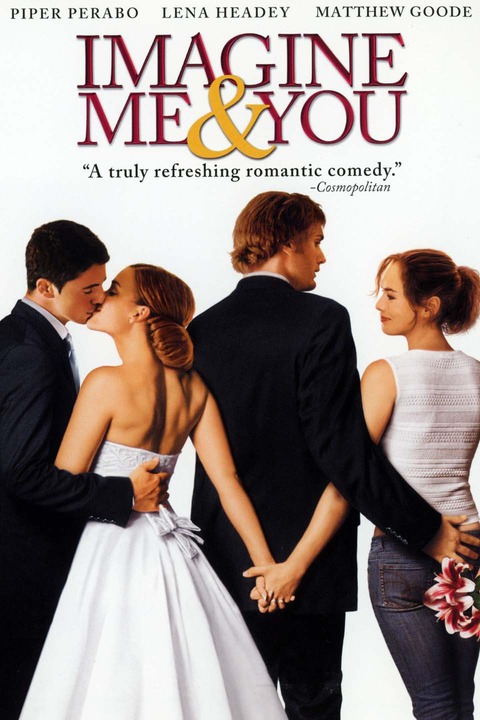 (One of those “gay for you” romances that is so common in the movies, not enough in real life! But I might kiss Lena Headey if she asked me.)

As an active member of Old Lesbians Organizing for Change (OLOC), Roberta has attended conferences in Oakland and St. Louis, and (though she is staunchly pro-transgender rights) plans to visit the last Michigan Womyn’s Music Festival this summer. Not bad for someone whose ex-partner wouldn’t let her leave the house! The “classy old dykes” whom I’ve met through Roberta have given me a new sense of solidarity with other women and a gratitude for feminist heritage. For Pride Weekend this month, Roberta and two of her OLOC friends produced playwright/actress Terry Baum’s “Hick: A Love Story”, a brilliant show about Eleanor Roosevelt’s closeted romance with journalist Lorena Hickok. 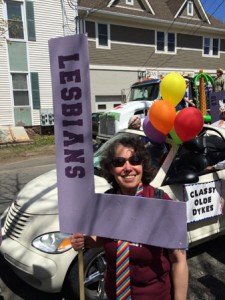 Last but not least, she is the world’s most devoted grandmother to the Young Master: 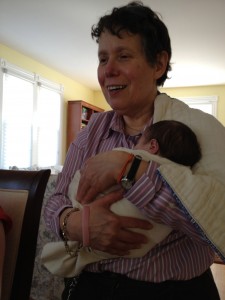 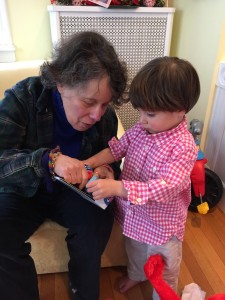 Some grandmothers are always second-guessing the kid’s mom, but Roberta never criticizes. When I start to worry about the Young Master’s development or behavior, her unconditional love reminds me that Shane is perfect just as he is. Look at that face, right?

Thank you, Roberta, for showing me what a mom should be! We love you!