Hello, readers. As you can see, things have been busy around here, and the dishes (and emails to myself with “blog about this!”) have piled up. We return this month with some links about gender roles and personal grooming.

This piece about body-hair positivity, from the feminist website Bust.com, got a number of sympathetic comments and personal confessions when I shared it on Facebook this month. The article by Eleonor Botoman features a video from the fashion magazine Allure, in which several young women of different ethnicities share the shaming messages they received about body hair and their journey to accept themselves au naturel.

No girl should be placed in the position of sitting in her mother’s bathroom with a razor because someone (a fashion magazine, friends or family) told them that removing body hair will make them more beautiful. Girls as young as eleven shouldn’t feel insecure about wearing shorts in the summertime because their mom said no or be teased for having darker hair and have to spend hours shaving from head to toe in order to avoid more bullying.

These girls realized that they were wasting so much time keeping up with this ritual. They found self-love through the act of simply stopping and setting down the razor, choosing to spend their time doing other things they enjoyed instead. Letting go of social conventions brought on this new kind of self-acceptance for every natural part of their body.

If you go onto social media and you see a girl post an image with visible body hair (armpit hair, a mustache, pubic hair, you name it), there’s always this massive wave of backlash of comments (usually from male users) as they call her ugly, manly, gross, unhygienic. It’s ridiculous. It’s not like these girls are kicking puppies. As Monica puts it, “I’m literally doing nothing,” so why do people keep reacting in this angry way? It’s just hair! The problem is not a sanitary one. It’s because these women present themselves with visible body hair and disrupt the flawless-is-sexy narrative.

If you’re the kind of girl who enjoys body hair removal, who finds something soothing in taking the time to shave in the shower, then do it! But if you feel like you’re wasting time or don’t want to keep enduring the pain of razor bumps or getting your hair ripped off, then don’t feel pressured to keep removing your body hair! Don’t conform to someone else’s idea of beauty! We need to love our bodies with all of its hair, bumps and stretch marks.

I was that 11-year-old girl, disgusted with my legs because of their pallor and fuzziness, afraid to wear shorts or skirts without uncomfortable stockings. But that was nothing compared to mustache shame. Good Lord, if I could take back the thousands of dollars I spent in my teens and twenties to have my facial hair ripped out with hot wax or electrocuted with needles, I could afford to advertise my novel in every gay magazine in America!

I could have just shaved with a razor, as I do now, but I abhorred the idea for many years because I thought only guys shaved their faces. It would be admitting gender failure, if only to myself. Though the Allure video doesn’t talk about this, the body-hair stigma for women seems intimately connected to society’s policing of the binary. When I was going through puberty, I wish someone could have said to me–and more importantly, to the adults and schoolmates who shamed my ‘stache–that there is such a thing as genderqueer and it is okay.

If, like me, you’ve ever tormented yourself pointlessly with the question, “Am I really nonbinary or do I just hate wearing nylons?”, Ozy’s blog Thing of Things is for you. Ozy is assigned female at birth, identifies as nonbinary, and uses “they” pronouns. In this recent post, “Some Questions for FTMs, Answered”, they take on the argument, common in some cis-feminist circles, that women who transition are mis-identifying their problem as gender dysphoria when it’s really sexism-fatigue. In an ideal world where women’s social roles and safety were not constrained by gender, would any of us still need to reject our womanhood? The end point of this argument is that we should fight to create that ideal world, rather than a world where female-to-male transition or NB identity are normalized.

Ozy’s response is clever, thoughtful, and multifaceted, and is based on the principle that we should respect people’s diverse experiences of selfhood without making them justify it according to a one-size-fits-all ideology. The whole thing is worth a read. I’m highlighting this part because I recognized a quirk of my own life in it. I also feel more comfortable recently with my girly aspects since I started identifying as NB. (The boldfaced part of the quote is a question from the original article to which Ozy is replying.)

What if there was no such thing as hormones or surgeries and you had to just live your life as a lesbian, how would your life be different?

Well, I used to live my life as a queer woman, so here are the differences I’ve observed:

The closest thing to being seen as nonbinary, if you’re presenting as a cis woman, is to be seen as a butch woman, so I made a lot of effort to be seen as a butch woman. I didn’t wear skirts or colors. I didn’t complain when I was in pain. I didn’t admit to liking Disney movies. I was very clear that typically feminine things were stupid, that most girls were stupid, and that I liked hanging out with men and my exceptional non-stupid female friends.

(It always confuses people when I tell them I conformed more to my assigned gender after transition.)

To be clear, this wasn’t conscious. I had no idea what a trans person was, back when I was trying to be a girl. I thought of myself as a woman. But on a subconscious level, I still valued not being either of the binary genders, and if the closest thing I could get to that was being a gender-non-conforming woman, then by God I would watch as many action movies and wear as much black as necessary to make this happen.

And then I transitioned and about six months into my transition– around the point where I realized that this really wasn’t going to go away and I could be nonbinary as long as I wanted– by some mysterious coincidence colors reappeared in my wardrobe, Alan Menken reappeared on my playlists, and I started whining like hell whenever I had a stomachache.

The queer feminist website Autostraddle published this roundtable discussion, “What We Mean When We Say ‘Femme'”, to explore and celebrate the diverse ways that queer people define themselves with this word. One question they asked was whether emotional labor and caregiving is part of your femme identity. Visual artist, educator, and storyteller Rudy Loewe answered with a resounding yes: “It’s allowing a particular kind of tenderness to be part of your identity.” By contrast, beauty blogger Aja (Fit for a Femme) said something closer to my own perspective: “I associate being femme more with vigilance than with emotional labor or self-care. That’s the energy I put into the world and that I feel from other femmes. The emotional force in my life comes from the quality of relationships I seek, not from being femme.” I also related to Erin’s punchy description, though I lack her mechanical skills:

Honestly, my femme experience is entirely tied to my appearance and not at all how I would identify my personality. I say Utility Femme, which to me means I CONTAIN MULTITUDES. Like I’ll be made up and then wear some sensible shoes, or I’ll make sure I have on like eight necklaces and then definitely be able to replace your car’s front bumper. So to me, it feels less like a brand and more like an aesthetic. But you know what? When I see other femmes and femmes with femmes it makes me want to get in a car and drive with the windows down while I blast an air horn out the driver’s side because of how pumped it gets me.

I don’t associate femme with emotional labor at all, and actually, I don’t really associate femme with tenderness! I equate Femme with being able to ruin someone’s life IN A GOOD WAY if you wanted to, this bubbling-just-beneath-the-surface strength. Not that strength and tenderness are mutually exclusive, but maybe it’s that their approach feels different.

Meanwhile, Cecelia’s words about femme and witchcraft challenged me to rethink my instinctive aversion to the words “emotional labor and care work”. There is a way of being a caring femme that is not codependent, though it is hard to find models for it in our patriarchal culture.

When I broke up with femininity and embraced femme, I felt strong and confident and powerful, but I was left with certain desires that I couldn’t find room for in myself. What was I supposed to do with my desire to nurture, to care, and to love something deeply?

This is why magic and other healing practices are so necessary to how I identify as femme. I use witchy things to care for myself and show other people that I care for them. Reading someone’s tarot is a way to remind them (and myself) that vulnerability is a measure of growth and strength. Lighting a candle and saying a spell for another femme is a strategy that reminds me how important it is to comfort and protect each other. When I didn’t have a personal understanding of the word femme and only understood my caring process through the traditional femininity I inherited, I felt fragile and lost. The differentiation between the two is, in many ways, totally arbitrary — but by taking the word femme on as a project, I was forced to actively investigate and take apart the ways that traditional femininity lived in my body. Claiming femme made me feel like an agent of my own experience, not a passenger.

What does femme mean to you, readers? 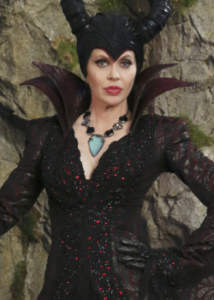