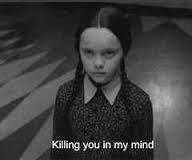 A few years ago, a writer friend and I were briefly obsessed with the reality show Storage Wars, where a colorful cast of junk-shop dealers competed to bid on abandoned storage units. Since they could only glance at the mystery pile of crap before committing to a price, it was anyone’s guess whether they’d find a cache of rare coins, or a locked safe containing a fake severed hand.

To avoid disappointing future rag-pickers on national TV, this month I am purging my off-site storage room, which contains all the papers, books, and knickknacks I’ve hoarded since the 1980s. (At least that’s what I think is in there…I opened up an envelope marked “stock certificates” yesterday to find photos of my dolls’ wedding.)

In the manner of the Great Book Purge of 2014, chronicled on this blog, the storage excavation gives me an opportunity to discover how my beliefs and attitudes have changed, or not, in 30 years. My trajectory is hopefully of interest to someone other than myself, because understanding the psychology of our political or religious opponents is necessary for any bridge-building in these angry times.

Moreover, as an adult with a child of my own, I can look back at my teenage journal entries and see the ways that my elite schools failed me emotionally, even as (or in part because) they held me up as an academic and artistic success story. My junior high and high school for “gifted children” was wonderful at encouraging multiple kinds of academic and artistic intelligence, but also tended to track kids into the one thing they were superior at and keep them there, and make them too responsible for caretaking other students’ jealousy. We received the weird mixed message, “Be the best you can be, but if you’re bullied, it’s your fault for showing off.” (Not unlike my home life with a narcissistic mother, actually, who swung constantly between demanding that I look thin and pretty as a reflection on her class status, and enviously hiding me in ugly clothes like Cinderella.) I reached a point where I simply wouldn’t try anything I wasn’t already good at, even something as small as switching from sanguine chalk to rough black charcoal in figure-drawing class. Harvard provided superlative opportunities for meeting smart and creative people, but the grading and teaching ethos was predominantly about sorting students into winners and losers, rather than teaching everyone at the level they were on. Maybe I can offer future educators some clues for spotting and supporting traumatized overachievers.

Or simply a good laugh at these gems of misanthropy from my early notebooks. Take, for example, the opening of the mid-90s sestina “The Seven Deadly Virtues”:

Patience first, that pale child dressed in rueful
red, in the brute fears of some banal game
struck down, unable to go against the grain
of her virtuous feebleness, to repel
the force of the frustration that forms
the first thing we learn. Those who can prevent

torture never recognize it, nor prevent
us from giving the name Forgiveness to the rueful
realization we’ve missed our chance at revenge…

(That’s not half bad, though the rest of the sestina becomes awfully long-winded as I attempt to hit those end-words.)

Along the same lines, this list from January 1992 may sound detached and philosophical, but I well remember the anguish of wondering why my “good” self diverged so much from the traits that actually helped me stay alive. List #1 is redacted because its length embarrasses me now.

Loyalty
Compassion
Willingness to be a nonconformist for a good cause
Concern for ethics
Sense of my own and others’ dignity
Maturity/responsibility (no drugs, no casual sex, no self-destructive pleasures except too much snacking)
Artistic integrity

One can almost glimpse Julian peeking out of the closet in that second list, waiting for me to love him more than those deadly virtues. Instead, these notebooks contain the long-lost original drafts of several quirky but over-intellectualized and gloomy short stories, mostly about humiliated fat women or cruel parents. (Autobiographical much??) From the 1993 tale “Pinocchio Died for Your Sins”, I see that I hated Disney’s film then as much as I do now, for the same reason: it punishes children for not avoiding the temptations and deceptions that adults deliberately put in their path.

This thought experiment from March 1993 reminds me of child abuse expert Alice Miller’s radical midrash on Genesis in Thou Shalt Not Be Aware:

Anthropologists like to say that God and religion are just projections of things we don’t want to admit are really human creations (e.g. norms and taboos that are merely man-made are called God-made). But what if the reverse is true? What could the reverse of that be? …perhaps that we and the rest of the created cosmos are merely projections of things God doesn’t want to face about Himself.

It’s like Beatrice in [Nathaniel Hawthorne’s] “Rappaccini’s Daughter”–her poison is made to bear sole responsibility for an evil we all share. Did God cause original sin so He could blame us for it? In other words, evil came from God’s character flaws but He made us so we’d bear the blame. I don’t actually believe all this but it’s an interesting concept.

What strikes me about this juvenilia is how fiercely I was attempting to be loyal to myself, in the face of social pressure or ideologies that promised an end to loneliness and guilt…for a price. Equally striking is the consistency of my difficulties with Christian virtue and belief, side by side with my attraction to the tradition. Really, nothing has changed, though at the time I framed my dissent as rational individualism rather than trauma activism or queer theory. My long goodbye to Christian identity in the past 3-5 years has been shaking my confidence in any fixed sense of myself or my perceptions, but it shouldn’t. I was always trying different routes to the same goal.

Such as, for instance, November 1990’s “The Instantaneous Reiter Method for Determining the Direction of One’s Existence,” my fancy-ass name for a list of pros and cons about my possible call to Christian ministry. (Little did I suspect the two most important reasons: “vestments are too hot” and “you will become a pagan in 2014”.) In case you want to try this at home, Step 1 was “Write down all the thoughts and feelings you have about the proposed course of action,” and Step 2, “Analyze the philosophical implications of each part of Step 1.” The upshot was, I was aesthetically drawn to Christianity and comforted by a community where I didn’t have to compete or excel (“It would also be nice to love God,” I confessed), but I couldn’t honestly say that a desire to serve God or other people was paramount.

What I feel in church–am I being religious, or is it just an escape from my problems (psalms that say God will protect the righteous)?…I always loved church before I had any problems [Ed. Note: What, as a zygote??] or before church helped. But is religion the last refuge of a scoundrel, or is what you discover in hardship equally (or more) valid as what you discover by peaceful thought?…It would seem that even if now you know how nice it would be to be looked after, that doesn’t make it any more moral or plausible to accept or expect it.

Guys, this is kind of sad, huh? I was truthful enough to realize that it was codependent caretaking to become a minister in order to get love and protection, but no one in my family, church, or education had taught me that I was entitled to love and protection just because I’m human. Nothing immoral or implausible about that.

It’s strange, in retrospect, that my sense of victimization by greedy and arbitrary educational gatekeepers coexisted with my bootstrapping libertarian philosophy, which led me to write some cringe-worthy student newspaper articles about infantilized, needy, “victim culture” (think of your standard editorial against trigger warnings today). I think I was feeling that I shouldn’t have to abase myself, or reveal my private wounds, in order to receive basic kindness and a fair assessment from others. Not that this makes my arguments less wrong, but it suggests that those most vocally against “safe spaces” may be secretly the ones most in need of them, and in despair of finding them.

I leave you with this politically clairvoyant satire of a college entrance exam, from November 1990. Just think, if I’d remained my creed-wielding, Federalist Society dues-paying self, I could’ve been Betsy DeVos. 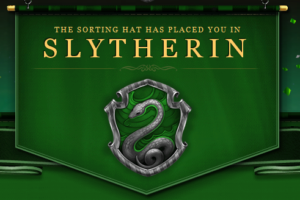 Therefore, only work out the problem when you have tried to guess and failed. Remember that the least imaginative guess is most likely to be right.

(3) Death
(a) shall have no dominion.
(b) be not proud.
(c) and taxes are inevitable.
(d) to the Educational Testing Service!

(5) Beauty
(a) is truth, truth beauty. That is all we know, and all we need to know. Stop. Do not complete the rest of this exam. Hand in your paper to the proctor.
(b) and the Beast lived happily ever after.
(c) is in the eye of the beholder.
(d)

(6) God
(a) is dead.
(b) is trampling out the vintage where the grapes of wrath are stored.
(c) bless [insert country’s name here]
(d) knows.

(2) The title of Gone With the Wind refers to
(a) Scarlett’s dress when Rhett carries her upstairs.
(b) the gracious and infinitely superior Southern way of life.
(c) Atlanta burning.
(d) Margaret Mitchell’s notes for the lost final chapter of the book, in which Scarlett sues Rhett for alimony and Ashley fulfills his latent homosexuality.

(3) In Moby-Dick, the whale represents
(a) the Holy Grail.
(b) the forces of nature that overpower humanity.
(c) a society dominated by the white male power structure which the disabled and disadvantaged seek to infiltrate or destroy.
(d) Harvard.