Alice Miller (1923-2010) was a groundbreaking psychoanalyst and author of many books on childhood trauma as the root of personal and societal problems. Some of her work crosses over into theology, as she critiques how certain religious texts reflect and perpetuate toxic family dynamics through the generations. Concepts of original sin, forbidden knowledge, and child sacrifice take on new interpretations when we decide to stand on the side of the child, against parental violence. This hermeneutic has led me to part ways with Biblical Christianity as I once understood it. It was a surprise and consolation to find that Miller rescues the person of Jesus from this deconstruction, giving me a way to keep relating to him without going back into denial.

Miller’s The Truth Will Set You Free (Basic Books, 2001) is a popularization of her theories for a general audience, focusing on the case against corporal punishment of children, rather than the taboo topic of sexual abuse in the family. Even the title is a quote from Jesus (John 8:32), though this may be the choice of the English translator. (The original German title was Evas Erwachen, which I think means “Eve Awaken” and refers to Eve eating the forbidden fruit.) This passage from the last chapter describes a Jesus I can believe in:

The figure of Jesus confounds all those principles of poisonous pedagogy still upheld by the christian churches, notably the use of punishment to make children obedient and the emotional blindness such treatment inevitably brings. Long before his birth Jesus received the greatest reverence, love, and protection from his parents, and it was in this initial and all-important experience that his rich emotional life, his thinking, and his ethics were rooted. His earthly parents saw themselves as his servants, and it would never have occurred to them to lay a finger on him. Did that make him selfish, arrogant, covetous, high-handed, or conceited? Quite the contrary.

Jesus grew into a strong, aware, empathic, and wise person able to experience and sustain strong emotions without being engulfed by them. He could see through insincerity and mendacity and he had the courage to expose them for what they were. Yet to my knowledge no representative of the church has ever admitted the patent connection between the character of Jesus and the way he was brought up. Would it not make eminent sense to encourage believers to follow the example of Mary and Joseph and regard their children as the children of God (which in a sense they are) rather than treating them as their own personal property? The image of God entertained by children who have received love is a mirror of their very first experiences. Their God will understand, encourage, explain, pass on knowledge, and be tolerant of mistakes. He will never punish them for their curiosity, suffocate their creativity, seduce them, give them incomprehensible commands, or strike fear into their hearts. Jesus, who in Joseph had just such a father, preached precisely those virtues. (pgs.190-91) 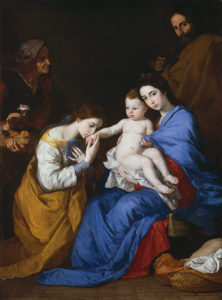