Over the Thanksgiving holiday I watched two children’s films, one old and one new, that brought up strong feelings and questions regarding the importance placed on biological lineage in fantasy stories. Around the same time, in the private Facebook group for Andi Grace’s excellent Hawthorn Heart course on boundary-setting, I entered into a tough but fruitful conversation about what it means to “decolonize” our spiritual practices. And now I will attempt to tie those things together.

The old film was the 1979 animated version of C.S. Lewis’ The Lion, the Witch, and the Wardrobe, a movie that gave me a spiritual awakening when I saw it on TV at age 6. This film set me off on my journey through Christianity, though I was so uneducated in religious matters that I didn’t realize it was a Christian allegory for another 6 years. I’ve long maintained that this is the definitive screen adaptation of the Narnia books, without remembering how primitive the animation was. The backgrounds aren’t even in the same style as the figures! Yet its bare-bones quality has a purity of emotion and scruffy Britishness that gets lost, in my opinion, in the color-saturated live-action Disney movies of the 2000s. Aslan is simply but powerfully drawn, like an Orthodox icon. And the White Witch’s grandiosity and mood swings bear an uncanny resemblance to my bio mother’s mannerisms.

Leaving aside the substitutionary atonement message, which makes no sense to me now, I clearly see how the film satisfied my yearnings for a loving male protector. For many years, I thought I had to buy into the entire Christian authority structure in order to enter that embrace. These days, I feel relatively secure that I can reach out to the God I encountered in Aslan and leave aside the problematic theology, but this winnowing process takes effort that’s sometimes beyond my strength.

Because rewatching the film made me grieve both my lost home in orthodoxy and my family trauma, I was prompted to think critically about the children’s royal succession as “sons of Adam and daughters of Eve”. Fairy tales and Christianity both developed their core motifs in an era of hereditary nobility. It’s become standard to carry over these ideas even though they don’t fit our contemporary political values of democracy and free choice in relationships. Chosen ones, from Lucy Pevensie to Harry Potter, become heroic protagonists or magic-wielders through their blood lineage. There’s also a colonialist flavor to the idea that the British children are the natural rulers of Narnia, a land where there’s apparently no one else from their ethnicity (or species?). Can we rethink the inheritance trope in fantasy, please?

The new Disney/Pixar film “Coco” is light-years away from the Narnia film in terms of animated wizardry and beauty. It’s about Miguel, a tween boy in a Mexican village, who dreams of becoming a famous musician, but his family won’t let him play. They are against music because Miguel’s great-great-grandfather abandoned his wife and child to pursue his musical career…or so they think. Miguel journeys to the Land of the Dead on Dia de los Muertos to meet his ancestors and find a solution to his family conflict. No spoilers, but in the end, he doesn’t have to choose between his dreams and his family. (Lucky him.)

I cried a lot at this film, and I still cry every time Shane asks me to read the picture books based on it. It’s beautiful, it ends happily, and it’s entirely about people of color celebrating their culture.

I also cried because I wish I had a place in the world like Miguel does. I cried for people whose lineage is disrupted by family estrangement, infertility, closed adoptions, diaspora, and colonization, who are erased from a story like this. What if you haven’t been allowed to know your ancestors? How would you find healing from family conflict, and blessing for your vocation?

The “woke” witch community talks a lot about decolonization, the opposite of cultural appropriation. White and Western spiritual practitioners have historically acted entitled to adopt practices from communities of color–Native American rituals, indigenous concepts like “spirit animal”, Haitian voodoo, African-American folk magic, and so forth. There’s been similar criticism that yoga in America has split off the physical exercises from their Indian religious roots. At the site Decolonizing Yoga, Indian-American writer Susanna Barkataki explains why this is a problem: “Did you know that Yoga and Ayurveda were banned in India under British rule and colonization? The practices millions of Westerners now turn to for alternative health and wellness therapies were intentionally eradicated from parts of India to the point that lineages were broken and thousand-year old traditions lost.” Decolonization isn’t so much about ethnic ownership of spirituality, as it is about accountability for the fact that white people violently disrupted POCs’ ability to practice their own traditions, and then we turned around and adopted those traditions as exotic and authentic.

So, I’m on board with that, in theory. But I chafed against it emotionally. In my childhood, I wasn’t free to decide what was true and good, or what my identity and life path should be. Everyone in the family had to be loyal to my mother’s version of reality. When I converted from Judaism to Christianity in my 20s, I wanted to switch from a worldview where truth was determined by tribal allegiance, to one where the individual’s encounter with the Holy Spirit was paramount. In the decolonization conversation, it felt like a step backward for my trauma healing, to be told that my bloodline dictated which gods I could worship. I didn’t want to be forced back into relationship with my biological family, living or dead–people who wouldn’t have lifted their leg to piss on me if I was on fire.

I threw this idea out there to the Hawthorn Heart group, knowing it would be controversial. My initial language put some folks on the defensive and they rightly called me out about asking for the “right” to utilize other cultures. I’m glad I was able to hear this and I thanked the nonwhite folks for doing the work of correcting me, because that can be exhausting! Everyone on the thread was very kind and helpful, even when they were angry. They shared some amazing insights and links that dramatically shifted my feelings about ancestor work.

One member noted that white people’s alienation from our specific ethnic lineage (Polish, Celtic, etc.) was also a casualty of colonialism. To succeed in America, we became folded into the ever-shifting construct of “whiteness” and lost our connections to our ancestors; then, lonely for roots, we idealized nonwhite “tribal” cultures and tried to force our way in. They pointed me to this article at White Awake, “The Vast and Beautiful World of Indigenous Europe”, by white/Native American author Lyla June:

I have come to believe that if we do not wholly love our ancestors, then we do not truly know who they are. For instance, I get very offended when people call Native Americans “good-for-nothing drunks.” Because by saying this, people don’t take into account the centuries of attempted genocide, rape and drugging of Native American people. They don’t see the beauty of who we were before the onslaught. And now, I am offended when people call European descendants “privileged good-for-nothing pilgrims.” Because by saying this, people do not take into account the thousands of years that European peoples were raped, tortured and enslaved. They do not understand the beauty of who we were before the onslaught. They do not understand that even though we have free will and the ability to choose how we live our life, it is very hard to overcome inter-generational trauma. What happens in our formative years and what our parents teach us at that time can be very hard to reverse.

They estimate that 8-9 million European women were burned alive, drowned alive, dismembered alive, beaten, raped and otherwise tortured as so-called, “witches.” It is obvious to me now that these women were not witches, but were the Medicine People of Old Europe. They were the women who understood the herbal medicines, the ones who prayed with stones, the ones who passed on sacred chants, the ones who whispered to me that night in the hoghan. This all-out warfare on Indigenous European women, not only harmed them, but had a profound effect on the men who loved them. Their husbands, sons and brothers. Nothing makes a man go mad like watching the women of his family get burned alive. If the men respond to this hatred with hatred, the hatred is passed on. And who can blame them? While peace and love is the correct response to hatred, it is not the easy response by any means.

The Indigenous Cultures of Europe also sustained forced assimilation by the Roman Empire and other hegemonic forces. In fact, it was only a few decades ago that any Welsh child caught speaking Welsh in school would have a block of wood tied to their neck. The words “WN” were there-inscribed, standing for “welsh not.” This kind of public humiliation will sound very familiar to any Native Americans reading this who attended U.S. Government boarding schools.

Moreover, our indigenous European ancestors faced horrific epidemics of biblical proportions. In the 1300s, two-thirds of Indigenous Europeans were wiped from the face of the earth. The Black Death, or Bubonic Plague, ravaged entire villages with massive lymph sores that filled with puss until they burst open. Sound familiar?

The parallels between the genocide of Indigenous Europeans and Native Americans are astounding. It boggles my mind that more people don’t see how we are the same people, who have undergone the same spiritual assault.

To start my researches, other Hawthorn Heart members linked me to the Eastern European sacred folk music album Rosna by Laboratorium Pieśni, and Atava Garcia Swiecicki’s Naropa University thesis Journey Into My Polish Indigenous Mind. Our conversation touched on shadow work, another theme of the online course. Someone ventured the insight that decolonization included owning those ancestors who were perpetrators of personal or racial trauma. We don’t have to have a personal relationship with their spirits in our magic, but we can’t dis-identify with their legacy completely. But neither should we give them too much power to cut us off from the good things in our heritage.

For the first time, I feel excited about exploring where I came from. And I also feel long-suppressed grief that our family story is so full of gaps, or worse. I’ve been running away from the pain by declaring that these people are nothing to me. But really, is there anything more Jewish than a legacy of lacunae? I am part of a long tradition of diaspora, fragmentation, and self-reinvention. Baba Yaga, ora pro nobis. 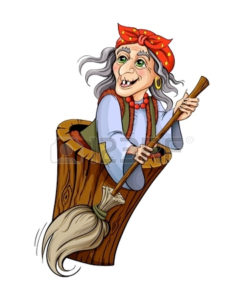