Folks, I’m tired. The baggage of Christendom is too much for me to carry. Every once in a while, though, a novelty item falls into my lap from the overhead compartment of the Internet, and the momentary smile gives me the strength to go on.

Your levity of the day is ChristianCannabis.com. Launched by the founders of XXXChurch, a ministry to rescue and convert sex workers, Christian Cannabis aims to open Christians’ minds to the healing and enlightening properties of responsible weed use. Hat tip to Slacktivist for the link.

What if believers were to entertain the idea that legality is not the equivalent of licentiousness, but neither must we demonize and condemn every single thing that we don’t quite understand? What if the Christian community were to begin to understand how something like cannabis could be used in beneficial ways that supports their lives? Their health?

What if – rather than trading our feelings for platitudes and “should-bes” – we were to begin to better understand them?

What if cannabis proved to enhance mental clarity, diminish anxiety, and lend itself toward physical healing and integrative wellness?

What if cannabis proved to dissolve the self constantly getting in the way, enabling one to better prioritize others and the qualities and relationships that make for a full and vibrant life?

Your boi is completely in favor of de-stigmatizing and de-criminalizing cannabis, which has proven medicinal uses and is less addictive than many legal prescription substances (and less profitable to drug companies…coincidence?). But I’m still waiting to see if these white hipster evangelicals will put their political clout behind freeing the people of color who’ve been imprisoned by the drug war, or if they’re only interested in selling Christian-branded products to the mega-church demographic. 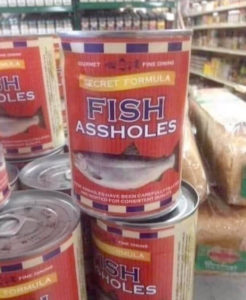 Hmm, the links are salty this month, eh? Well, I watched “The Keepers” on Netflix and I am not in a forgiving mood. This documentary series investigates the 1969 murder of a young schoolteacher nun in Baltimore and its likely connection to a cover-up of a massive pedophile ring at a Catholic high school. Though sometimes slow-paced and repetitive, the series inspired me with its depiction of older women creating community, doggedly investigating leads dropped by probably-corrupt police, and healing from recovered memories. Unlike the film “Spotlight”, it doesn’t end with a definitive triumphant reveal, but such frustration is true to the experience of most survivors seeking justice from the Church.

In the New York Times Sunday opinion pages this weekend, Rachel L. Swarns, a black Catholic journalist, shared her unexpected discoveries about “The Nuns Who Bought and Sold Human Beings”.

Georgetown Visitation Preparatory School, one of the oldest Roman Catholic girls’ schools in the nation, has long celebrated the vision and generosity of its founders: a determined band of Catholic nuns who championed free education for the poor in the early 1800s.

The sisters, who established an elite academy in Washington, D.C., also ran “a Saturday school, free to any young girl who wished to learn — including slaves, at a time when public schools were almost nonexistent and teaching slaves to read was illegal,” according to an official history posted for several years on the school’s website.

But when a newly hired school archivist and historian started digging in the convent’s records a few years ago, she found no evidence that the nuns had taught enslaved children to read or write. Instead, she found records that documented a darker side of the order’s history.

The Georgetown Visitation sisters owned at least 107 enslaved men, women and children, the records show. And they sold dozens of those people to pay debts and to help finance the expansion of their school and the construction of a new chapel…

Some former slave-owning religious orders are publicly acknowledging their past and making reparations, such as the Louisiana-based Religious of the Sacred Heart school’s new scholarship fund for African-American students. But in general, Catholic schools’ official histories still gloss over the extent to which they were built on slave labor.

Cindy Wang Brandt, founder of the Facebook community Raising Children Unfundamentalist and author of the progressive Christian parenting book Parenting Forward, wrote a heartfelt blog post last month explaining “Why I’m not a bridge builder within evangelicalism”. As she sees it, in a tradition that has not thoroughly examined its investment in white supremacy and patriarchy, any attempts to change the system from within will require too many compromises:

As I watch from beyond evangelicalism the way Beth Moore has been bravely fighting for inclusion of women’s voices and agency within the Southern Baptist denomination, and witnessing the backlash, I can’t help but be reminded of how low the bar is for evangelicals. That to simply exist as a woman with a voice is heresy…

…A hundred years later [since American women won the right to vote], women still cannot have a voice in their own spirituality, submitting an integral part of their being to the government of men within the largest denomination of evangelicalism.

I don’t know what the final outcome will be of Beth Moore’s current battle within her own denomination. I believe she will, and has already, disrupted the status quo, and possibly some progress will occur in which women gain greater agency.

But what I also know is that she will only be able to maintain her voice within the system if she stays in line with other matters of orthodoxy, i.e. remaining committed to sexual purity including condemnation of the “homosexual lifestyle.” This was the pattern for other Christian feminist movements within evangelicalism such as CBE (Christians for Biblical Equality); whose success in moving the needle on egalitarianism has meant they toe the line on reproductive rights and the inclusion of sexual minorities. (As reported by Deborah Jian Lee in her book, Rescuing Jesus, pp. 125)

In other admittedly harsh words, evangelicals only give a limited degree of freedom to one subset of human beings if they can surely throw other human beings under the bus.

This week at Kittredge Cherry’s QSpirit blog, a site that celebrates LGBTQ spirituality in art, I learned about the British gay slang dialect Polari and a New York artist who is using it to queer the lectionary:

The same scripture in the King James Bible is, “Be ye therefore perfect, even as your Father which is in heaven is perfect” (Matthew 5:48).

The Evensong text is taken from a Polari translation of the entire King James Bible by the Manchester chapter of the Sisters of Perpetual Indulgence, “a protest and street performance charity that uses drag and re-purposed religious imagery to promote tolerance of LGBTQ communities.” (Sisters from the Boston chapter often show up at our local Pride Parade!) Listen to excerpts on the QSpirit website.

“And the sparkle shineth in munge; and the munge comprehended it not.” (John 1:5) Praise Josie Crystal!