The quintessential New Yorker, the subway rat, turns out to have distinctive neighborhood populations just like the Big Apple’s human residents. According to The Atlantic, “New York City Has Genetically Distinct ‘Uptown’ and ‘Downtown’ Rats”. In 2017, a genetics grad student at Fordham sequenced the critters’ DNA, with the goal of controlling the vermin problem by understanding their migration patterns.

Manhattan has two genetically distinguishable groups of rats: the uptown rats and the downtown rats, separated by the geographic barrier that is midtown. It’s not that midtown is rat-free—such a notion is inconceivable—but the commercial district lacks the household trash (aka food) and backyards (aka shelter) that rats like. Since rats tend to move only a few blocks in their lifetimes, the uptown rats and downtown rats don’t mix much.

When the researchers drilled down even deeper, they found that different neighborhoods have their own distinct rats. “If you gave us a rat, we could tell whether it came from the West Village or the East Village,” says Combs. “They’re actually unique little rat neighborhoods.” And the boundaries of rat neighborhoods can fit surprisingly well with human ones.

Rats get a bad name, but humans right now are casting doubt on the superiority of our species. Last month in #MeToo news, the Christian humanitarian organization L’Arche disclosed that their revered founder, the late Jean Vanier, had sexually exploited a number of women under his spiritual direction. Founded in France in 1964, L’Arche is a network of intentional communities where non-disabled people live in fellowship with those who have intellectual disabilities. Catholic theologian and popular author Henri Nouwen had a spiritual awakening there and was pastor of a L’Arche community in Ontario for the last 10 years of his life. The Catholic magazine America reports:

Mr. Vanier is accused of sexual misconduct with six adult, non-disabled women who sought spiritual direction from the late activist, author and philosopher. According to a press release from L’Arche USA, the investigation “reveals that Jean Vanier himself has been accused of manipulative sexual relationships and emotional abuse between 1970 and 2005, usually within a relational context where he exercised significant power and a psychological hold over the alleged victims.”

According to the release, the inquiry “has found the allegations to be credible.”

…The L’Arche founder’s behavior seemed to repeat the pattern of abuse initiated by his mentor, according to the investigation. Father Philippe had been Mr. Vanier’s “spiritual father,” who inspired him to begin his ministry with disabled people. The pair met in 1950, when Mr. Vanier, then in his 20s, joined L’Eau Vive, a community for theology students in France founded by Father Philippe. Two years later, Father Philippe was called to Rome and removed from ministry, ostensibly for unspecified health reasons.

Some scholars suggest that Father Philippe was removed from ministry then because “for his unorthodoxy and exaggerated Marian mysticism, which was based on an experience he had in prayer in 1937.” That theology appears to have been used in Father Philippe’s promotion of sexual practices in his spiritual counseling.

According to L’Arche: “At least a decade before the founding of L’Arche, Jean Vanier was made aware of the fact that Father Thomas Philippe, his spiritual director, had emotionally and sexually abused adult women without disabilities. This abuse happened in the context of Philippe’s spiritual direction in 1951/1952.”

Mr. Vanier had maintained for years that he did not know why Father Philippe had been removed from ministry in 1952…But the new investigation reveal[ed] that was not true.

Followers of the clergy abuse beat may notice similarities to the late Mennonite pacifist theologian John Howard Yoder, a similarly revered figure in progressive Christian circles, who is believed to have harassed or abused some 100 women in the guise of intimate spiritual counseling, as summarized in this 2015 article in The Mennonite.

For a broader analysis, The Revealer magazine’s March 2020 special issue examines “Religion & Sex Abuse in and Beyond the Catholic Church”. I found the article “The Guru-Disciple Relationship and the Complications of Consent” especially thought-provoking: can there even be “nonconsensual sex” in the context of a relationship where the disciple has voluntarily sworn complete submission to the guru? When does victim advocacy become an imposition of our own values on someone else’s religion? Personally, this is the point where I feel we’re making an idol out of tolerance and pluralism. But radical feminists might say the same thing about kink. The piece left me wondering if there are any formal checks on a guru’s power in this system, like a safeword in BDSM. I don’t think it’s cultural imperialism to advocate for accountability structures within the guru-disciple relationship, just as we (theoretically!) have rules against abuses in the military, despite the expectation of obedience to your commanding officer.

Queer Christian activist Kevin Garcia brings the clarity with his new blog post “We Consented to Our Own Abuse”, about how non-affirming churches gaslight LGBTQ people into believing that suffering and exclusion are “loving”.

I called myself disgusting. I called myself sinful and gross. I thought these things about myself. And it made me cry that I tried so hard but couldn’t change.

But I was told, if I would just hold on, hold on and wait for God’s best for me to show up, then I could stay a part of this beloved community.

In my community, uniformity of thought was so important. Uniformity of feeling was also fairly important. We had to all show this outward sign of God’s work in our lives. JOY! PEACE! KINDNESS! That was the fruit of the spirit. But if your joy didn’t look like their joy, if your peace didn’t look like their peace, then they would apply their own form of “kindness” in order to get you there. They’d wanna “love on you.”

I was made to believe that if I didn’t belong, I would never feel happy because I’d be outside of God’s presence. On top of that, I was also told that I’d go to hell if I chose to live outside what they said was God’s will.

And anytime I got “loved on,” to be honest most of the time it hurt.

But I didn’t know that. I was taught that I had to make a sacrifice for the kingdom of God. I was told that what I had to offer was not acceptable to God, who I was, the way I loved and the way I connected with others was sinful. What was weird is that I wanted this thing I was told was sinful. “A king gets to make demands that seem unjust to us, but He’s the king. We don’t get to question that sovereignty.”

Sorry to beat a dead rat–er, horse–but stories like this February item from Raw Story cement my conviction that evangelical Christianity has lost all moral credibility: “White evangelicals are set to undermine Native American adoption protections”. In 2016, a Cherokee/Navaho toddler was placed for adoption with a white evangelical couple in Texas, but the federal Indian Child Welfare Act first requires authorities to search for a Native adoptive family from the child’s background (though not necessarily related to him). Only if no such placement can be found, is the child eligible for adoption outside the tribe. The white couple is challenging this law:

By this point, the tribes have relented and allowed the adoption to go through. But the Brackeens are now pushing for the invalidation of the ICWA altogether — a law that was meant in part to rectify the long and brutal history of the U.S. government separating Native families. A district court has agreed the ICWA is unconstitutional, but the Fifth Circuit partially reversed the decision. The Fifth Circuit is now rehearing the case en banc, and it may ultimately end up before the Supreme Court.

Another Supreme Court case to watch this term is Fulton v. City of Philadelphia, which could potentially create a huge “religious exemption” to anti-discrimination laws. Vox reports:

Fulton asks whether religious organizations that contract with Philadelphia to help place foster children in homes have a First Amendment right to discriminate against same-sex couples…The plaintiffs in Fulton include Catholic Social Services (CSS), an organization that used to contract with the city to help find foster placements for children but that effectively lost that contract after it refused to comply with the ban on discrimination. CSS claims it has a First Amendment right to continue to do business with the city even if it refuses to comply with the city’s anti-discrimination rules.

…A decision for the plaintiffs in Fulton, moreover, could have implications that stretch well beyond foster care. The Fulton case involves an especially sympathetic plaintiff: a Catholic organization that helps vulnerable children find homes. But if the Supreme Court rules in favor of that plaintiff, it could potentially establish that a wide range of government contractors, from social service providers to military contractors, may discriminate if the company’s owners claim a religious justification for that discrimination.

As the article explains, the plaintiffs are asking the court to overturn their 1990 precedent Employment Division v. Smith, which held that the “free exercise of religion” provision of the Bill of Rights isn’t a broad license to opt out of any laws that incidentally burden but don’t target religious practices. The difference seems to be political rather than legal–Smith was a Native American fired for using peyote, an illegal drug, in a religious ritual.

In secular rat news, the website Follow the Money reports that “between 1989 and 1998, Dutch multinationals paid over one million guilders (close to half a million euros) to prominent climate sceptic Frits Böttcher (1915-2008), with the explicit goal of sowing doubts about climate change and humanity’s role in it. Böttcher used the money to set up an international network of climate sceptics…The doubt created led, among other things, to a lack of political support for regulatory measures with regard to CO2 reduction during the 1990s.” 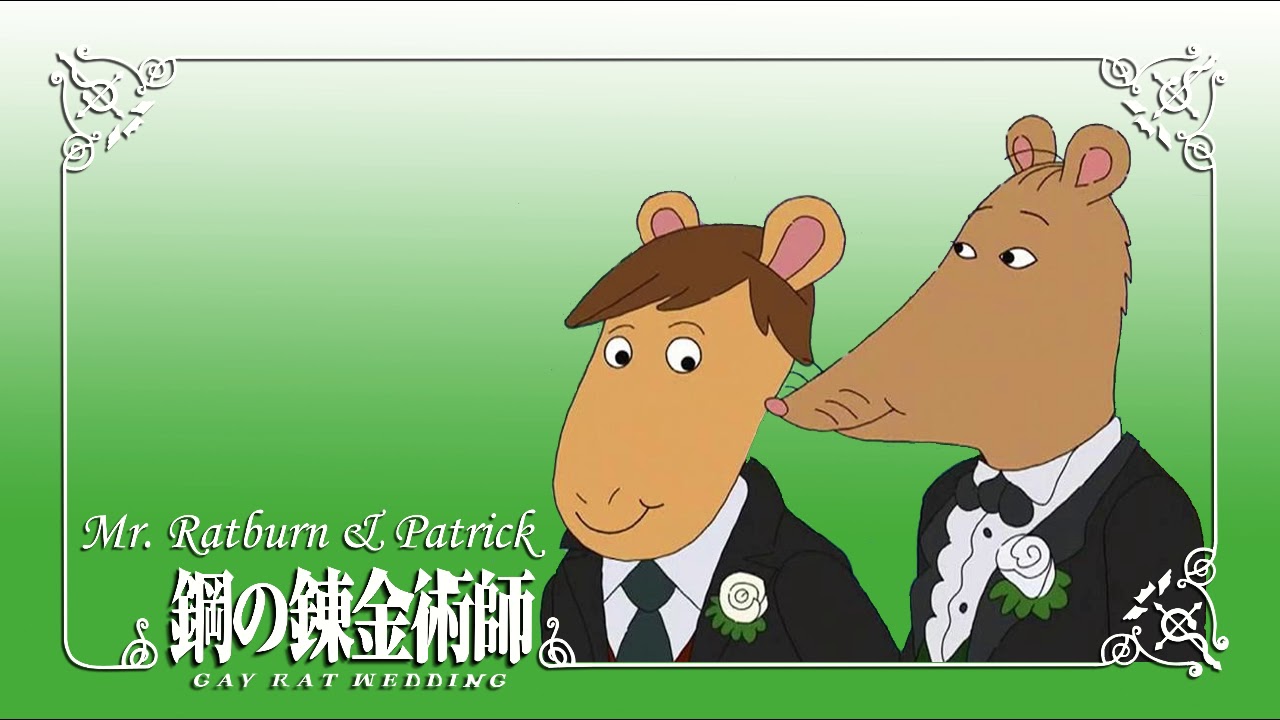 Take over the planet, boys. The humans are done.