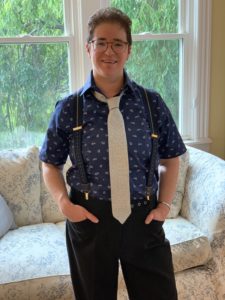 Your humble transmasculine fashion influencer has had an intense year. As have we all.

Other greatest accomplishment: Finished a draft of Origin Story, my second novel about butts and sadness.

New obsession: Jigsaw puzzles. We were given a ridiculously difficult Harry Potter puzzle last year that we dug out of the closet during the first weeks of lockdown. I discovered that putting physical objects in order is extremely soothing when the world is falling apart. Also, that all puzzle manufacturers are not created equal. I give top marks to Ravensburger, Pomegranate, and New York Puzzle Company. 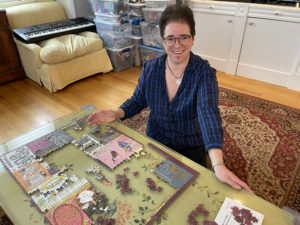 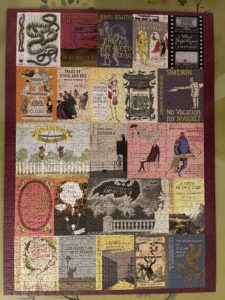 Most ridiculous purchase: Doll-sized penises on Etsy for my FTM Barbies.

Binge-watching: “Bob’s Burgers” on Hulu. I was a Tina who grew up to be a Gene. 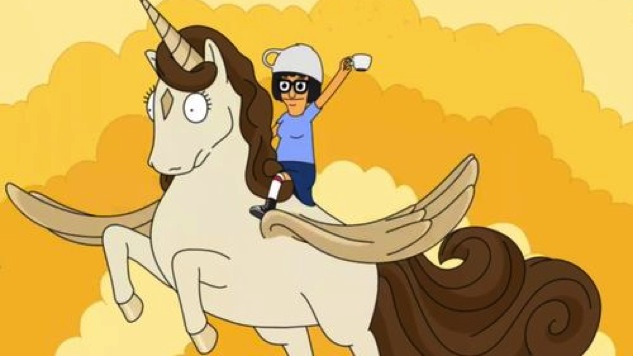 Best novel read in 2020: Eve Tushnet’s second novel, Punishment: A Love Story, was the first work of fiction I read this year, and nothing has quite equaled it. No one is better at exploring the blurred lines between self-destruction, kinky submission, and religious humility. Set at a Washington, DC halfway house for former prisoners re-integrating into society, this wickedly funny tale includes (among other things) a predatory cult, a tender romance between a male sex worker and a figure skater who calls himself “Trash”, and a stolen owl who might be the Holy Spirit.

Best memoir: Obviously, Daniel M. Lavery’s essay collection Something That May Shock and Discredit You (published as Daniel Mallory Ortberg). The humorist who co-founded The Toast finds transmasculine resonance in a wide range of stories, from Greek mythology to “Columbo” and “Star Trek”. The comical riffs bookend deeper reflections about the self-mistrust and emotional shutdown he learned from his evangelical upbringing, and how these factors delayed his transition.

Have a safe and peaceful holiday season, readers.